Tropical forests do far more than sustain biodiversity; they are homes to indigenous peoples, pharmacopoeias of natural products, and provide vital ecosystem services, such as flood amelioration and soil conservation. At regional and global scales, tropical forests also significantly influence carbon storage and climate. I highlight these benefits and assess the pattern and pace of tropical forest destruction in the Americas, Asia, and Africa. Asia emerges as the most immediate concern because it has fewer surviving forests than the other two regions and higher relative rates of deforestation and logging. At regional and national levels, however, there is enormous variation in rates of forest loss. I discuss some factors that tend to promote forest conversion in developing countries and propose that four — human population pressure, weak government institutions and poor policies, increasing trade liberalization, and industrial logging — are emerging as key drivers of forest destruction.

In the tropics, as elsewhere, the processes of habitat loss and fragmentation are inextricably linked. It is therefore vital when considering the consequences of forest fragmentation to think also about habitat destruction. What exactly is being destroyed? Where? How fast? What forces drive deforestation? What are its implications?

The following review grapples with these questions. It begins by highlighting some consequences of the tropical deforestation crisis, both for nature and human welfare. It then assesses the scale and pace of forest loss in the major tropical regions and suggests key factors that help drive forest conversion. Reference article from Science Direct

Because of how we are hurting nature today, we are trying to bring people to nature and give them a glimpse of what we are losing, and at the same time, we are trying to work to preserve the nature around us. We do this by educating the children, and also trying to let the elders tell their story about how nature used to be and why we have to look out for it/ 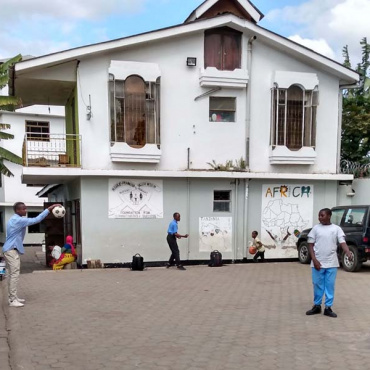